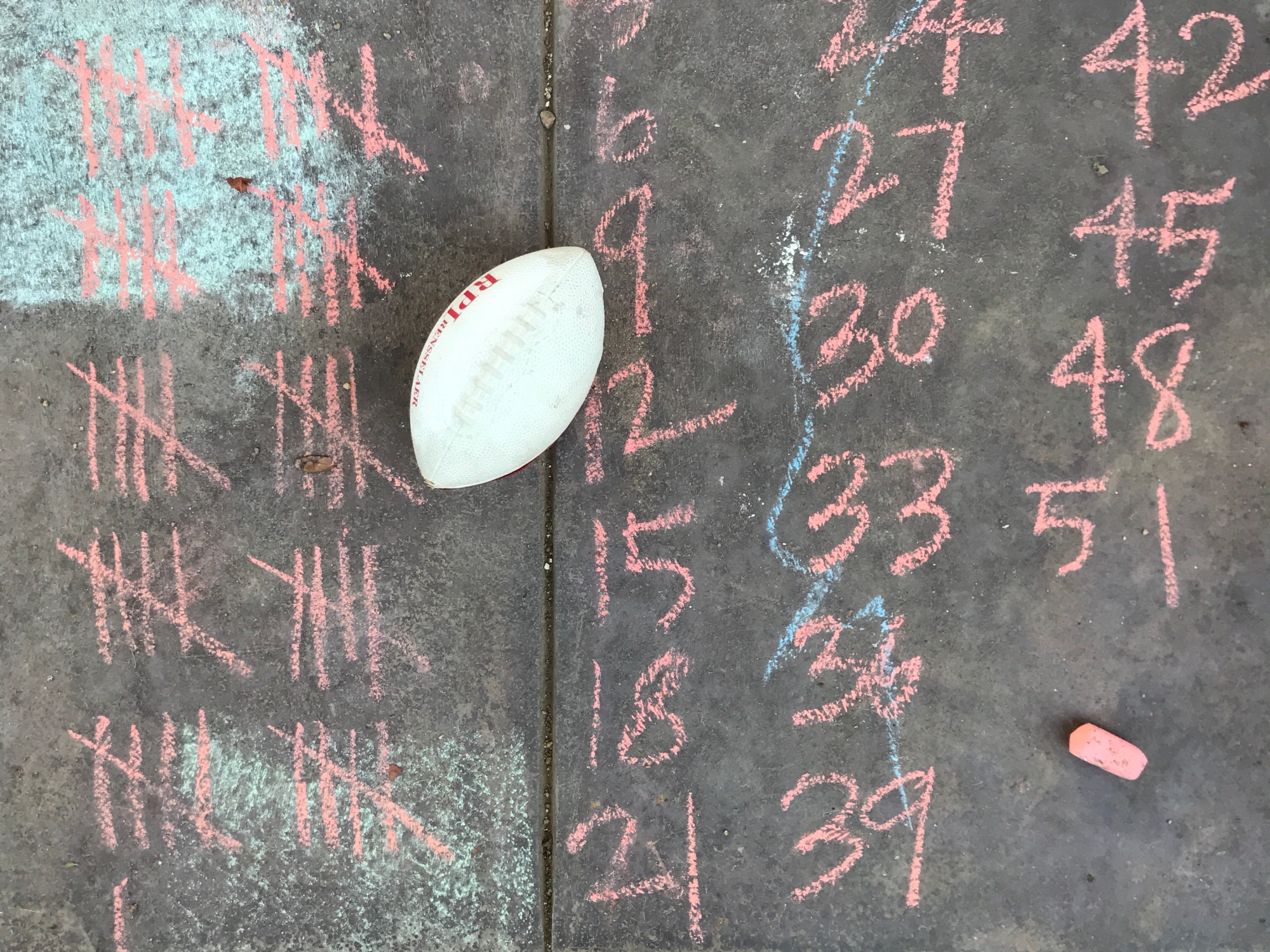 My four year old counted by threes to 144 the other day. Not because I’ve turned over a new leaf and decided to teach math. He counted by threes to 144 because he loves football and wanted to keep “real score” while practicing his field goals. So I sat in the dirt, gingerly holding the football in place and praying not to have my fingers broken while he kicked the ball between the posts of a soccer goal we’d turned upside down on top of the patio table.

He missed more shots than he made, but he was relentless — changing his angle of approach, adjusting the amount of lead-in he gave himself before the kick, and only blaming his misses on me the handful of times that I nervously pulled my hand away before he made contact with the ball — and each time he was successful, he told me the new score to write on the ground beside me. Three. Six. Nine. Twelve…One hundred and thirty eight. One hundred and forty one. One hundred and forty four.

I think about the kind of math my kids would be doing, at three at four years old, if they were in school. The kind of math people caution me that they will “fall behind” without. A picture of two apples separated by a plus sign and followed by an equals sign. A column of numbers to be matched with a column of images – one tree, two butterflies, three ice cream cones. And while there’s certainly nothing wrong with these exercises, they just strike me as so pointless when my children can go outside and see one actual tree, two real butterflies, and…well, maybe just eat one ice cream cone. 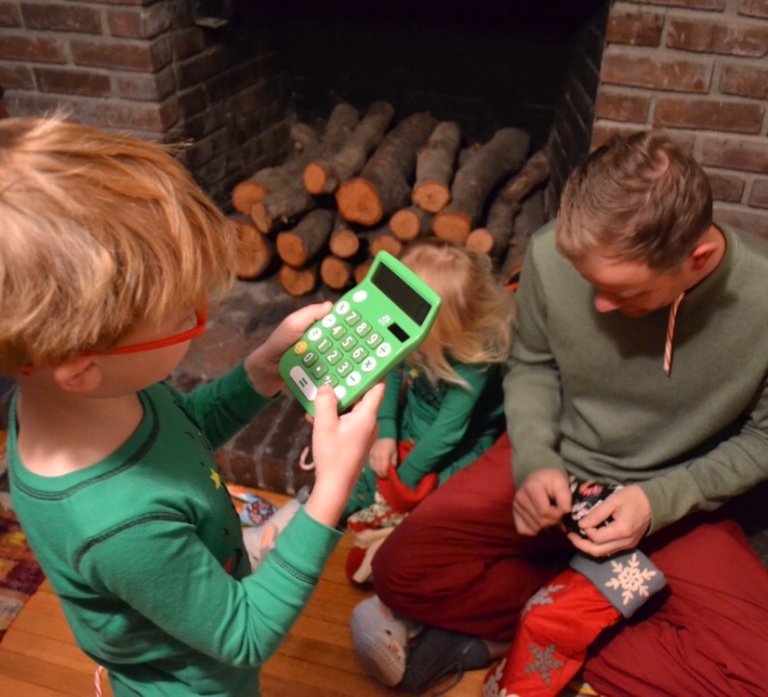 This afternoon, when the kids talked me into a handful of goldfish crackers, the Bug checked the two piles for parity and told his sister, “You have five goldfish and I have seven. If I give you one, we’ll both have six.”

Guys. We couldn’t avoid math if we tried.

And, still, I can’t help but hear, “This is working great for now, but eventually, they’ll need to be taught.” Sometimes it’s the fearful voice in my own head. More often, it’s the voice of well-intentioned friends and family.

This is working great for now, but eventually, they’ll need to be taught.

It sometimes feels painfully inevitable that they will outgrow this manner of learning, the effortless way that they challenge themselves as they try to make sense of the world around them. It feels too wonderful to last.

But, as the kids get older, I watch their understanding grow with them and their questions grow more complex. I am not kidding when I say that I recently overheard the Bug mutter, “Five tens plus two is fifty-two,” to himself while playing.

Now, before you misunderstand me, I am not suggesting that my child is some sort of math genius.

Or, actually, maybe I am.

When my son tells me, “My penguins had babies last night! Twenty! Well, not twenty babies; just eighteen babies because I had the mom and dad to start with,” he doesn’t think he’s doing a math problem. He’s playing and imagining…and math just can’t help sneaking in!

Our decision to homeschool surprised no one more than it surprised me, but having had the gift of this time at home with them and watching, each day, how they learn and grow, I can’t imagine doing it any other way. They don’t need me to tell them what they should learn; they already know. I’m just along for the ride.

2 thoughts on “EVENTUALLY, THEY’LL NEED TO BE TAUGHT”